The Economic Crisis: What Will Change? 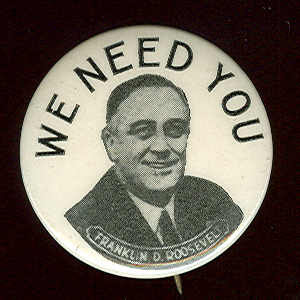 In the heat of an election, with its emphasis on tactical maneuvers, advertising buys, and ground operations, it is difficult to detect the broad stroke of history as she marches on. Yet march she does and in the past two weeks the economic crisis has resulted in unimaginable levels of government intervention in the nation’s financial markets. After seven years in which the Secretaries of Defense and Homeland Security were the most important members of the President’s Cabinet, now the Secretary of the Treasury has been vested with heretofore unknown authority over huge sums of money and the power to intervene in the business of the nation. The GOP, which has long championed deregulation, has abandoned that plank but voters remember the clarion call issued by both Sen. McCain and Gov. Palin at their convention last month for government to “get out of the way.”

Many commentators are looking at the broader ramifications of the economic meltdown. Among the best is Alan Wolfe. Writing in a recent post for The New Republic, Wolfe argued that while the political effects of the Great Depression outlasted the economic depression itself, he doubts that this will be the case today. Specifically, he notes that the anger against Wall Street in the 1930s was more organized and more ideological. Conversely, Wolfe argues that the anger at Wall Street today “is too diffuse and incoherent to help [Americans] channel it constructively.” Wolfe notes also that the fear-mongering that was used to pass the bill, and which characterizes too much of both presidential campaigns, is a bad psychological premise for real reform.

Alan Wolfe is one of the nation’s most astute political observers, so I disagree with him only when necessary. But, I think he is wrong, or better to say, half-wrong, and the half of him that is wrong is not in his diagnosis but in his prognosis. He is right that the anger of Americans today is diffuse and incoherent. And, he is right that fear-mongering played a large role in passing the Bailout. Fear is now the only thing the McCain camp has to peddle and the Obama campaign is sullying itself with similar tactics.

But, I want to believe that these words could yet define the election and, more importantly, the political consequences of the economic crisis, if Barack Obama were to give them voice: “What do the people of America want more than anything else? To my mind, they want two things: work, with all the moral and spiritual values that go with it; and with work, a reasonable measure of security--security for themselves and for their wives and children. Work and security--these are more than words. They are more than facts. They are the spiritual values, the true goal toward which our efforts of reconstruction should lead. These are the values that this program is intended to gain; these are the values we have failed to achieve by the leadership we now have.”

Or, I fancy this observation could shape the politics of the nation: “Wild radicalism has made few converts, and the greatest tribute that I can pay to my countrymen is that in these days of crushing want there persists an orderly and hopeful spirit on the part of the millions of our people who have suffered so much. To fail to offer them a new chance is not only to betray their hopes but to misunderstand their patience.”

The words are from Franklin Roosevelt’s acceptance speech at the 1932 Democratic National Convention. Roosevelt was not entirely averse to stoking a bit of fear, still less of explicit partisanship, in that speech, and in his famous address to the Commonwealth Club in September, 1932. “Put plainly,” Roosevelt said in the latter speech, “we are steering a steady course toward economic oligarchy, if we are not there already.” But, FDR had the uncanny ability, that Wolfe cites, to give the American people a true sense of hope in a time of truly dreadful economic conditions, conditions much worse than those we face today. Barack Obama needs to reclaim his voice of hope, and of hope’s audacity, in the remaining month of the election.

Obama can coast to the finish if he wants. But, if he wants to rise to the historical moment, and not merely win an election, he should make this election, already tilting in his favor, a mandate to aggressively alter the relationship between politics and economics. The pagan gods of the free market have fallen from their pedestals. The American people look to government to restore order, morals, work, security. The want a new New Deal. Will he deliver?

Michael Sean Winters
Posted by Writers and Friends of America at 4:39 AM