We Need a New Type of War on Poverty 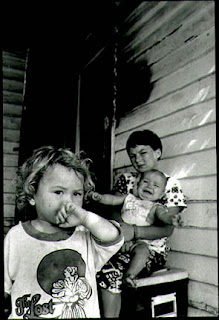 City Journal has a story arguing that the country does not need another war on poverty. Because LBJ’s War on Poverty treated the poor as victims rather than citizens, it fostered dependency rather than empowerment. Over at First Things’ blog, Amanda Shaw endorses author Stephen Malanga’s thesis:

The problem, of course, is that many things have been tried, and the unsuccessful ones are being dusted off and re-gifted to the American public; if we don’t know precisely what does work, we certainly do know what doesn’t.

One problem with Malanga’s and Shaw’s argument is its premise that “the federal government lost its War on Poverty.” This is highly misleading. Poverty rates actually fell in the 1960s. In 1960, more than a fifth of Americans were poor; in 1969, one in eight were. See the accompanying chart below.

Another problem with their argument is the claim that the Republican-led policies of the 1990s succeeded. Welfare reform took millions off the dole; new police tactics and strategies cut the crime rate. For all of the good that these policies achieved, they did not reduce the poverty rate significantly.

Yet if Malanga and Shaw are to be believed, the policies that reduced poverty failed, while those that have not succeeded. This is the logic of Orwell's Ministry of Truth.

It is largely true that Barack Obama’s anti-poverty proposals (and John McCain’s for that matter) would not help the poor much. Community Development block grants rarely bring jobs to a neighborhood; at best, they shore up the local housing stock. Extra spending on urban education, such as to build gold-plated schools, won’t raise student achievement much. Such programs are aimed more at middle-class political constituencies than the marginalized.

It is true that some of the War on Poverty’s policies failed. As Nicholas Lemann in The Promised Land pointed out, its maximum feasible participation clause posited a link between political and economic empowerment that does not exist. It might have given state and local officials the impression that they should make it easier to get and stay on welfare.

And it is true that some of Malanga’s proposals could reduce the poverty rate. More federal funds should go for prisoner re-entry programs and charter schools; tighter standards should be applied to federal public housing.

Yet Malanga is silent on why those policies work: acculturation. Their aim is to instill middle-class mores and habits into the down and out. For all of the talk about the poor’s economic needs, their cultural and spiritual needs are neglected. As this is an era of family breakdown, as Ross Douthat and Reihan Salam have noted, such policies are doubly necessary. (These policies are also surely consistent with one of the goals of subsidiarity, the Catholic principle in which a “community of a higher order” (i.e. the federal government) supports but does not supplant a community of a lower order” (i.e. local government or agencies.)

Although the 1960s War on Poverty failed politically, one of its guiding principles did not. Unlike its 1990s counterpart, it conceived of the poor in their totality (or near totality). The elderly poor, the white rural poor, the black urban poor – all were included in its purview.

What the country surely needs now is a program with the best of the old and new: the scope of LBJ’s policies with an acculturation strategy aimed at bolstering the poor’s families and institutions.

Posted by Writers and Friends of America at 1:36 PM

Poverty will always be with us as long as we have human beings. If we have poverty in America where we have a great wealth, a free society, and opportunity, how can we see it ever going away. My reason for saying these things is that the cause of poverty in most cases has been well studied and usually involves human beings making very bad choices or giving into human weaknesses. Yes, some are born into conditions that certainly do not help them, but some through hard work and the right choices make the journey will others do not. The American dream is to give each the opportunity to pursue and to continue to expand those opportunities. What then of those who do not take advantage of the opportunites or lack the skills? I doubt having government programs will do much for them long term and believe that the New Deal and Great Society welfare programs have proven this. I think there was some merit if providing funding to charitable groups who bring far more than funds to help the poor make sense because they might also bring love and faith that governement can never bring. What most politicians want is a way to control votes and as many have learned in the last 80 years, nothing helps this more than government control of funds and when it starts, it is almost impossible to shut down even if proven to be ineffective.